Comedian Norm Macdonald starred on Saturday Night Live for several years throughout the 90’s. This is particularly relevant in light of the fact that one of the celebrity deaths I’ve been blogging about lately is that of Trevor Moore, which I connected to SNL and its producer Lorne Michaels.

In addition to his time on SNL, Norm’s other most memorable work was a short-lived sitcom that aired on ABC over the turn of the millennium called The Norm Show: 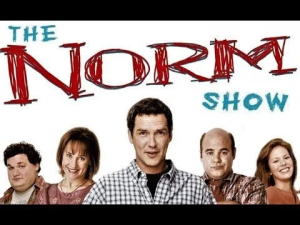 Despite a successful initial run, the show was moved to the Friday “death slot” where it ultimately wound up canceled after just three seasons:

The final episode aired on April 6th, or 6/4

Norm was the longtime host of the popular Weekend Update segment on Saturday Night Live: 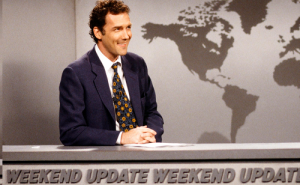 This is the Reverse value of the word Kill.

This legendary comedian died on a date with numerology of 64 and 44:

His death fell a span of 333 days after his birthday, or 33 days before his next:

Norman had birth numerology of 33:

He died a span of exactly 1,173 weeks after the premiere of his television series:

The final episode of that show aired on April 6th, a date which falls a span of 173 days after Norm was born:

When The Norm Show made its debut, Norm Macdonald was 158 days (or 22 weeks, 4 days) after his birthday:

Many people remember Norm for his repetitive jokes about O.J. Simpson during Weekend Update. His death fell on the 257th day of the year:

The Norm Show premiered on a date with a Life Lesson number of 55. It was the 83rd day of the year, leaving 282:

Norm Macdonald sums to 127 in the alphabetic order.

Norm was called the 31st best stand-up comedian by Paste Magazine. His TV series ended on a date with Primary numerology of 31, the Ordinal value of his middle and last name: