Julie died on a date with Standard numerology of 33:

A highly-significant number to the Moon, which has a 57° range of declination, is 666.

Her name sums to an upside-down 666 in Jewish gematria. Her full name even has 66 and 96 gematria.

Her full name and last name also have matching gematria with 666.

Tawny Kitaen is probably best-known for her role as Jerry Seinfeld’s girlfriend on Seinfeld in the early 90’s. In fact, according to the media, the two also had a real-life romance:

Kobe Bryant is being inducted into the Hall of Fame today, May 15th, a week after Tawny’s death.

The Seinfeld episode Tawny Kitaen starred in was called The Nose Job.

Kobe Bryant famously had his nose broken during the NBA All-Star Game: 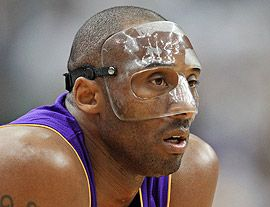 There were a total of 10,294 days between the episode’s original air date and Kobe’s crash:

The name “Tawny” means “Tan,” or “dark brown.” This is clearly an underhanded reference to Kobe’s skin color.

Kobe’s helicopter crash fell 67 days after the anniversary of that episode’s debut:

Kobe died on a date with Primary numerology of 67:

Kobe Bryant was a span of exactly 329 months old when he scored 81 points in his 666th career game: