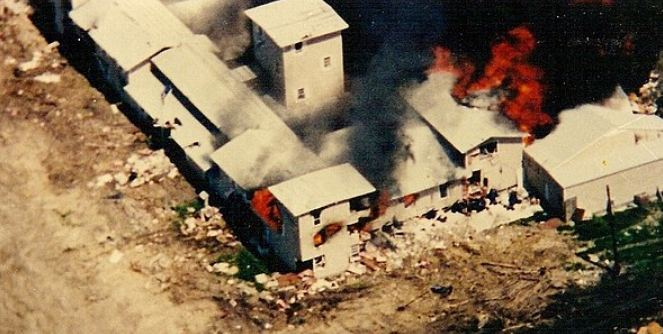 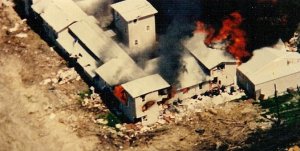 The 1993 Waco Siege involved David Koresh, who claimed to be the church’s final prophet. Allegations of abuse led to an attempted takeover by federal agents, several of whom allegedly died in the process. This ignited a standoff that lasted nearly two months before the building was finally set ablaze, with much of its congregation being killed.

The siege, which dealt with a man claiming to be the Messiah, concluded on April 19th, written 19/4. In the book of Revelation, which is about the return of the Messiah, verse 19:4 has Ordinal gematria of 1160:

The only other verse of the book that has 1160 gematria is Revelation 17:10, which is 116 verses from the end of the Bible. It mentions how one king has yet to return:

The Siege that killed leader David Koresh at the Branch Davidian compound occurred on a date with Standard numerology of 116:

It’s taught that Jesus was crucified on the date of this lunar eclipse.

116 is the first number to have matching gematria with Jesus in Jewish/Latin gematria (Agrippa’s Key).

116 is the number 911 flipped upside-down. Many believe Jesus was born on 9/11. That would mean his ruling sign is Virgo, which has matching 846 gematria with Axtell, TX, the unincorporated community the compound was officially located in. Recall how the 9/11 attacks began at 8:46 am.

Koresh’s mother, Bonnie Sue Clark, was born on September 8th, which is the same date of birth as Virgin Mary, who gave birth to Jesus per the Gospels.

Bonnie Sue Clark died on a date with Standard numerology of 33, the date written 1/23:

Although known as the “Waco” siege, the actual compound was located in Axtell, Texas.

We’re told that God’s son, Jesus of Nazareth, died on a Crucifix as the Savior on April 3rd, the 93rd day of the year:

Jesus, the Son of God, is commonly associated with the Sun. Each row and column of the Sun’s Magic Square sums to 111, and all of the squares sum to 666:

The etymology of the name Koresh traces to Kurosh, the name for Cyrus the Great. David Koresh has matching 181 gematria with Cyrus the Great, his birthplace of Houston, Texas, and Jesus the Messiah.

The New Testament begins with the 42 generations to Jesus.

The name Koresh is an anagram for Kosher. Despite the Christian overtones in the story, Koresh has the Jewish Star of David on his tombstone:

Koresh was born on a date with Primary numerology of 103, the 229th day of the year, which leaves 136 on the calendar:

He changed his name to David Koresh when he was 11,229 days old:

Recall, it’s the 229th verse of Revelation that reveals the number of the Beast.

With the end date, this is also 1071 days. Koresh was said to have a Messiah complex.

Koresh was born under the name Vernon Wayne Howell.

Three years before the Waco siege, he filed paperwork to change his name in the city of Pomona.

His birth name Vernon syncs up with Pomona, which also matches Jesus and Messiah.

74 is also the value of the community of Axtell, where the Branch Davidians’ Mount Carmel Center was located.

The date he filed the  paperwork was 5/15. Just like Jesus, Koresh would later die at the age of Thirty-three.