The 2012 mass shooting at a movie theater in Aurora, Colorado by James Holmes, whose appearance resembled The Joker, occurred on the 43rd anniversary of the Moon landing: 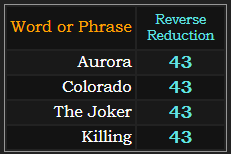 The shooting was at the premiere of a Batman movie. 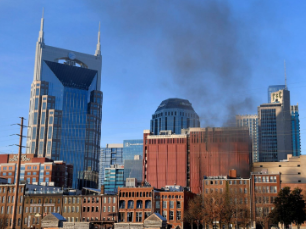 A bombing near the Batman building occurred yesterday, the same day as the release of the movie Wonder Woman 1984. Actress Gal Gadot was born on April 30th, written 4/30:

On the date of Batman Building bombing, and the release of WW84, Gal Gadot was exactly 441 Moons old:

The fake Moon landing was conducted by the National Aeronautics and Space Administration.

Not only does Aurora, Colorado sum to 221 but it also has matching gematria with Twenty twenty-one.

Wonder Woman was chosen to celebrate the beginning of 2021 for a couple of reasons. First, consider how 221 is the Octal of 145.

This upcoming year will be referred to as ’21.

You could also call the year two thousand and twenty-one.

Whenever we talk about the Moon, we often talk about the Metonic cycle, which takes 19 years to complete. 19 is a number that wiggles its way into stories about female empowerment and women’s rights. There is probably no better example than the 19th Amendment, drafted in 1919, which gave women the right to vote. The 19th Prime number is 67.

This is a very important relationship. Recall how the story about a plot to kidnap Governor Whitmer was published when she was 607 Moons, 19 days old. Or when Pussy Riot stormed the field during the World Cup Final, where they gave a 19 year-old a high-five. Adding 19+67 = 86 and “Nineteen” = 86.

The name Gal Gadot sums to both 190 and 67 in our two most significant ciphers.

Back in 2015, Trump famously told a boy “I am Batman” during a helicopter ride at the Iowa State Fair.

The official name of the Batman Building is the AT&T Building. The CNN article about the helicopter ride was published on August 16th, 2015, the exact same day the New York Times told everybody that AT&T and the National Security Agency were working together:

The NSA gained extraordinary powers following the signing of the Patriot Act.

The bombing near the Batman Building was 1959 days after Trump said “I am Batman.” Tennessee governor Bill Lee was born in 1959.

7 days before the Patriot Act turned 7007 days old was Christmas, a date with 77 numerology:

The Dark Knight Rises was the 7th Batman film. The shooting in Aurora, which was originally founded as “Fletcher” = 77, fell 77 days after the city’s date of incorporation on the 43rd anniversary of the Moon landing, and 4+3 = 7. The film Joker was released a span of 7 years, 77 days later.

The explosion in Nashville occurred 77 days after Tennessee governor Bill Lee’s birthday, and during his 707th day in office while Tennessee was 2,777 lunar phases old. Nashville mayor John Cooper, who was born on the date leaving 77 days in the year, was 770 months old. Both men were born under Libra, the 7th sign. Libra is ruled by the planet Venus, whose Magic Square is 7×7 and sums to 1225 like 12/25, the date of the Nashville bombing and the release of WW84.

On this same 77 date, an athlete named KC Jones, who spent his entire playing career with Boston, died.

A man named KC died on the date of a bombing?

The primary contributor to this blog is Bobby, who runs a blog called Casey Jones Occult Astrology. Bobby lives in Tennessee, the same state as the Nashville Batman building bombing. The Batman building sits directly across the river from where the Tennessee Titans play, and this weekend, the Titans host the Packers, who are from the state I live in. Those teams only play once every 4 years. You literally cannot make this stuff up.

That shooting occurred in the 38th state, Colorado, in Aurora, by a man who looked like The Joker.

The Patriot Act was passed on October 26th, or 26/1. This ritual in The United States of America involved the National Security Agency, Batman, NASA, and the Moon, whose Latin name is Luna.

As I recently documented, the New York Jets are the “911” team of the NFL for obvious reasons. They currently have a 1-13 record.

The AT&T Building is the tallest skyscraper in the State of Tennessee, standing at 617 feet: