This explosion occurred in front of a Telecommunications building on Commerce Street, at the intersection of 2nd Ave, which used to be called Market Street.

Mercury is the god of communication, commerce, and merchants.

It happened just outside of the AT&T Building on a date with Primary numerology of 41:

At the time of the explosion in Nashville, Venus was the only planet in the sky. As discussed last week in my post about the numerology of Wonder Woman 1984, Christmas day this year was a big numeric alignment for the planet Venus. To understand why, you must be familiar with the Magic Square of Venus: 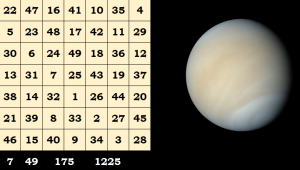 Think about how Wonder Woman 1984 features Gal Gadot, whose G.G. initials are 7-7. She is a Taurus, ruled by Venus.

As of today, Tennessee is 2777 lunar phases old.

The number 77 is heavily-coded into both the Mayor of Nashville, John Cooper, and the Governor of Tennessee, Bill Lee. Both men were born in mid-October, making them Libras, which is the other sign ruled by the planet Venus. Libra is the 7th sign, reminding us again of 7-7.

John Cooper’s birthday is October 15th, the date that leaves 77 days in the year:

When Cooper was born, Tennessee was in its 1984th lunar month. Today, as part of the Venus ritual, Wonder Woman 1984 was released in theaters.

Meanwhile, not only is Bill Lee 77 days after his birthday but today is also his 707th day in office:

Lee’s full name even has matching gematria with 77, connecting us back to the Magic Square above:

On the date of governor Bill Lee’s birth, Tennessee was 2020 lunar phases old.

Whether you write out Governor Bill Lee, or just Bill Lee, you get sums of 81:

An interesting detail about the explosion is that in the immediate aftermath, calls to 9-1-1 were impacted. 911 is a significant number to both Governor Lee and Mayor Cooper.
Bill Lee was sworn into office last year on January 19th, or 1/19, and John Cooper sums to 119.

The explosion happened right outside of the AT&T Building in Nashville, the tallest building in Tennessee and what appears to be the second-largest AT&T skyscraper in the country.

The building is called the Batman Building due to its two spires at the very top (a tribute to the twin towers?). Consider how Batman has been used in all sorts of false flags, from the Batman shooting, to COVID-19 being from Bats, etc. 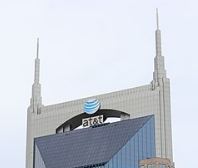 Tennessee is the 16th state and was admitted to the union on June 1st, or 1/6.

The explosion was 2 months, 20 days after AT&T’s anniversary. The 22nd Triangular number is 253.