Jon Huber wrestled mainly under the name Brodie Lee during his career, with the exception of his time in WWE, where he was known as Luke Harper.

Huber was born on a date with a Life Lesson number of 54, and died of an odd lung issue:

In his last televised match, Huber lost his TNT Championship.

Huber went to McQuaid High School, which was founded in ‘54. More on this below.

The word Love has gematria of 54 in both methods as well. The planet of Love is Venus.

The holiday that celebrates love is Valentine‘s Day. Sitting at ringside for Huber’s final match was Greg “The Hammer” Valentine, whose real name is also Jonathan. 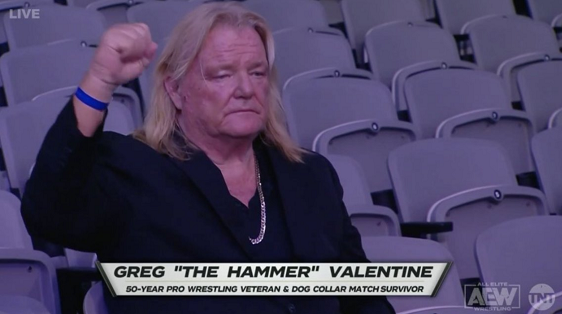 Valentine’s Day is 2/14. This is the Reverse gematria of Jonathan Huber, who died at the age of 2140 weeks:

This is the Reduction value of Frank Donald Goodish.

Huber’s ring name Brodie Lee reminds us of another wrestler who died in his early 40’s, Bruiser Brody, whose real name was Frank Donald Goodish.

Bruiser Brody was the topic of a 2019 episode of Dark Side of the Ring, where he was portrayed by another wrestler known as Jocephus.

Jocephus died suddenly in a related riddle two months after Brodie Lee in February of 2021.

Bruiser Brody’s full name also has Ordinal gematria of 177, like The Jesuit Order. He died on the 17th of July, or 17/7.

The organization’s official name is the Society of Jesus.

I briefly mentioned Huber’s high school above. McQuaid is a Jesuit school:

His death had Primary numerology of 78 and 42:

The New Testament begins with the 42 generations to Jesus.

Pope Francis is the first-ever Jesuit to sit atop the Catholic Church. He was 42 years old when Huber was born.

Notice how CNN’s picture shows Huber in a cross pose:

Huber was most recently known as Mr. Brodie Lee on AEW, which matches Christ in Jewish gematria.

In that same cipher, Jon Huber and Jesus both sum to 985.

The holiday that celebrates the birth of Jesus is Christmas.

Lung issue has matching base gematria with wrestling.

991 flipped upside-down is 166, like the gematria of Mayo Clinic.

Notice how the news is making it a point to say he did not die of coronavirus. Check out all the overlap his WWE and real names had with it: