Ellen Page said (s)he is transgender on December first, a date with Primary numerology of 53:

Why mention the gematria of The Beast? The number of the Beast is revealed in Revelation. This story was published on 12/1.

The names Ellen and Elliot add up to 121. His announcement read “I am trans.”

Page is a Pisces, ruled by Jupiter. He’s 661 days before his next Jovian birthday. Note how the planet’s gematria connects to 666:

Before the announcement, Ellen’s middle and last names were a perfect 666 riddle. Beast sums to 198.

Considering I connected a modern news story to a film from the 70’s just yesterday, it seems appropriate to mention this.

The film E.T. features a main character named Elliott, which is Ellen’s new name. That movie features a scene where E.T. dresses up in women’s clothing: 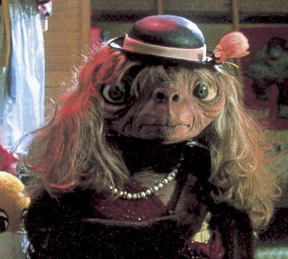 Rather comedically, Ellen’s full name, when changed to Elliot, has matching Ordinal gematria with this film, which was released 2007 weeks ago. “Trans” = 27.

The movie takes place in the San Fernando Valley.

Elliot was born 56 months, 10 days after this film was released. 561 is the 33rd Triangular number. He’s now 33 years old and made this announcement on a date with 33 numerology:

His original female name has Extended gematria of 1056 like Extra-Terrestrial.

Anything with Sumerian gematria of 666 in Sumerian sums to 111 in Ordinal.