Today is the 303rd anniversary of modern Freemasonry. The 33rd degree is said to be the highest of Masonry. 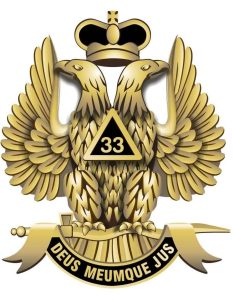 As usual, we should expect a juicy masonic riddle, and today definitely delivered. Trump hosted the President of Poland at the White House today on 6/24.

Mercury is the god of transportation and travelers. As I’ve begun demonstrating recently, the numerology of Mercury is highly-significant when decoding deaths that occur in modes of transit. This meeting was primarily about moving troops from Germany to Poland.

The September 11th attacks involved four airplanes. It occurred on a date with Primary numerology of 41:

41 is the 13th Prime number. In 2010, there was a significant plane crash on 4/10 involving the President of Poland, killing him along with a former president in exile. This incident was coined the Smolensk Air Disaster. The President, Lech Kaczyński, was a Gemini, which is ruled by Mercury.

Today, Trump hosted his first foreign head of state at the White House since the virus event began. The guest was Andrzej Duda, the current President of Poland.

Duda became Poland’s president on August 6th, the date written 8/6 or 6/8. Mercury is the Roman equivalent of the Greek god Hermes. August 6th is the 218th day of the year:

Duda is a Taurus, which is ruled by Venus. Venus is currently in Taurus. He’s currently 78 Venusian years old.

Every row and column of Venus’s Magic Square sums to 175 – also notice the palindrome of 175 in his number of days:

Smolensk has double gematria of 108.

This is the Ordinal value of Andrzej Duda.

108 is a significant number to geometry. The Moon and Sun are both ~108× their diameter from Earth. The Sun is even 108× the width of the Earth.

Notice how Smolensk Air Disaster has matching 804 gematria with total lunar eclipse, which also sums to 256 in Reverse:

256 is actually a pretty interesting number. First of all, it’s 2^7th power, and I really love powers of two. But nevermind my personal preference…this is actually a significant number related to the Moon. Man’s first steps on the lunar surface are said to have occurred at 2:56 UTC:

This is because The Moon is so heavily-connected to the number 666. This month marks 999 lunar phases since the Invasion of Poland, which kicked off World War II.

Today is the first day of Duda’s 256th week in office. In English Ordinal, six hundred sixty-six sums to 275.

In Jewish gematria, The Beast sums to 311.

For good measure, check out his 13/31 gematria: