This death is related to the head coach of Navy’s football team, Ken Niumatalolo. This past season his 12th as head coach.

Niumatalolo is the winningest coach in team history. He was honored with a special induction into the Polynesian Football Hall of Fame back in 2014:

The date was January 23rd, or 1/23. This past week, a member of his team died. David Forney was from Walkersville, Maryland.

On the date Forney died, Coach Niumatalolo was 20011 days old:

Niumatalolo’s induction ceremony was a span of 2220 days before Forney passed away:

When Niumatalolo was originally hired in 2007, he was exactly 2,222 weeks old:

The man who passed away was David Forney.

The date of his death had Primary numerology of 62 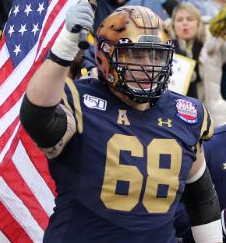 Niumatalolo began his current stint at Navy as an offensive line coach.

He was found in Bancroft Hall