The city of Austin, Texas was incorporated on December 27th, 1839:

This is also the 1810th day that Texas Governor Greg Abbott has been in office:

Stabbing even has the same gematria as forty-two

The location of the incident, as seen in CNN’s photo from the scene, is Sweet Tooth 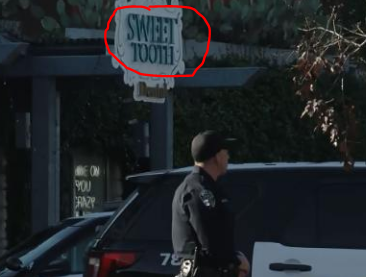 Austin, TX has the same Reduction gematria as stabbing

Today’s Reduced numerology of 6 also aligns with the Reduction value of stab, which matches Texas in Reverse:

The word stab has a Jewish value of 193

The stabbing occurred on a date with Primary numerology of 44

Austin sums to 440, similar to kill

The Mayor of Austin is Steve Adler

His last name sums to 22

The Austin serial bombings, which lasted 20 days, were 22 months ago. There is one confirmed death in this stabbing incident, and I find it interesting that they only specify he was in his 20‘s:

Today is the 3rd day of the year.

Mayor Adler was born in ’56