Goo Hara was known mononymously as Hara, which sums to 28, her age at death:

She died exactly 45 weeks after her birthday:

Last month, another K-Pop star named Sulli was found dead at just 25. In my post on that death, I discussed how the numbers 13 and 33 were coded in – she was exactly 1333 weeks old when she died, and her only solo album was released when she was exactly 303 months old.

Goo Hara was born on the 13th day of the year:

Goo Hara was exactly 1506 weeks old when she died:

Hara received fame from her role in K-pop group Kara, whose debut album in 2007, which has some strange spelling, sums to 1056 in Extended:

Goo Hara left Kara in 2015, at which point she began a solo career. She has only one EP in her discography. The record was titled Alohara (Can You Feel It?)

Her death fell a span of 4 years, 4 months, 4 days after that date: 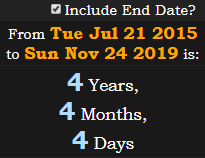 Eclipses are associated with the death of the Sun. The story of the death of God’s son includes a period where darkness fell over the sky during daytime. 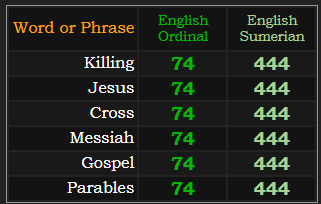 South Korea is 74 years old. Her death fell on a date with primary numerology of 74

Her death falls a span of 146 days after the only total solar eclipse of 2019:

The day after Goo Hara’s death will be a span of exactly 227 weeks after the release of Alohara (Can You Feel It?)

227 is a number closely-linked to the eclipse crucifixion code. It’s the number I focus on the most in my detailed explanation of it.

The ultimate eclipse number is 1331