In my work, I commonly talk about how 13 and 33 are numbers of sacrifice. We start with 13:

And then 33, which has matching gematria with ritual human sacrifice

K-Pop star Sulli has only one album in her discography. It was released when she was exactly 303 months old:

She was found dead a span of exactly 1333 weeks after her birth: 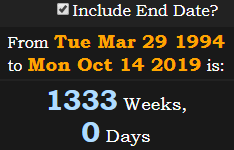 The capital G of Freemasonry sums to 13 and 33 in our capital letter ciphers.

The sacrifice code is designed around the story of the crucifixion of Jesus. It’s believed that Jesus was crucified during an eclipse at age 33.

Thirty-three has Reverse gematria of 141

Today’s date, October 14th, is written as 14/10 in South Korea. Remarkably, Fourteenth of October sums to 1410

Today is 14 months, 1 day before the next total solar eclipse: 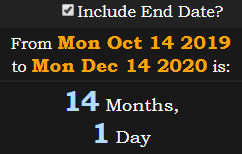 The nation of South Korea declared its independence from Japan on August 15th, 1945. This was a span of 74 years, 61 days before Sulli’s death: 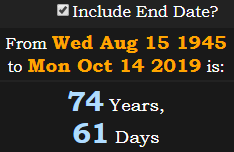 Today is exactly 61 weeks before the next total solar eclipse, which falls on December 14th of 2020. December 14th is 61 days after October 14th:

Jonghyun was another K-pop megastar who allegedly took his own life in December of 2017, which was exactly 95 weeks before the death of Choi Jin-ri:

This is the Ordinal value of both Sulli and her real name, Choi

Choi Jin-ri and Sulli both sum to 248, the Reverse value of human sacrifice

In Jewish gematria, this sums to 808

She was born on the 88th day of the year:

October 14th is the date leaving leaving 78 days in the year: