This story is a ritual related to the numerology of the Mayor of Fort Worth, Texas, whose birth name was Barbara Elizabeth Cornelius, and the mathematics of the circle

This story occurred a span of 103 days after this year’s only total solar eclipse:

13 is the primary ritual / hoax code.

She was sworn into office on July 12th of 2011, which was exactly 99 months, 0 days before this shooting:

The name of the victim in this story is Atatiana Jefferson

Pi is used to resolve the mathematics of the circle. In  Hebrew, the word circle sums to 143, a re-shuffling of 314

This story out of Fort Worth occurred a span of 14 months, 3 days before the next total solar eclipse: 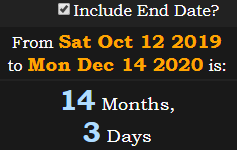 In English, circle sums to 50. The circle is worth 50 in Jewish gematria.

She was 740 months old when she was sworn in: