J Michael Mendel was a producer for both The Simpsons and Rick and Morty, which both aired eerie scenes in relation to the events of September 11th, 2001. The Simpsons famously aired this image prior to 9/11: 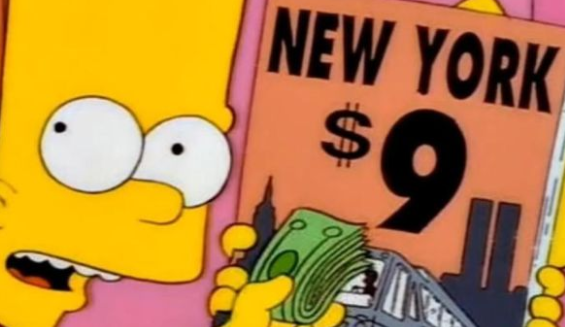 On Rick and Morty, Rick even questioned the events of 9/11 in a scene you must pay close attention to.

The date producer Mike Mendel died was exactly one Saros cycle after September 11th, 2001. In Reduction, The Saros Cycle sums to 54

This matches the Ordinal and Reverse gematria of Saros

He produced The Simpsons and Rick and Morty

The word Saros has English gematria of 351

The Simpsons first aired on December 17th, the 351st day of the year:

Rick and Morty debuted on December 2nd, which falls a span of 351 days after December 17th:

The Saros cycle, which I frequently talk about in my work, is an extremely-significant cycle of time in relation to The Moon

The Saros is a period of 223 lunar phases, which contain 38 eclipse seasons.

Not only does Mendel sum to 314, but so does his full name w/ nickname:

The first three digits of pi are 3.14. This is used to resolve the mathematics of the circle

The date Mendel died had standard numerology of 50

His name is further-connected to the Saros in several ways.