Ric Ocasek passed away on September 15th, the date written internationally as 15/9

The date had Primary numerology of 63, syncing up with Ocasek’s real name:

The date also had both 36 and 27 numerology, matching his stage name:

His death at age 75 fell exactly 75 days after this year’s total solar eclipse:

Ocasek was the lead singer of new wave group The Cars

He died a span of 76 days after this year’s total solar eclipse:

It was also 1 year, 90 days before the next total solar eclipse

Otcasek’s real name sums to 444 in Jewish gematria, matching The Cars in Sumerian:

Notice how The Cars has virtually perfect overlap with Killing

Note the 43 in Reverse Reduction. The Cars were formed 43 years ago. Ocasek ended up passing away on a date with Standard numerology of 43

Ocasek’s death fell a span of 1 year, 91 days before the next total solar eclipse 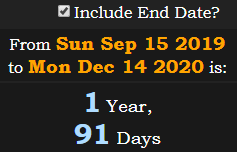