The store clerk was found guilty on August 16th, the date leaving 137 days in the year:

This also matches the name of the Mayor of Memphis, whose numerology we will also review:

In Jewish gematria, shoplifting and murder both sum to 399

This is interesting because the shoplifter’s name, Dorian, matches both murder and Memphis, the city in which this occurred, in Reduction:

The Mayor of Memphis, Jim Strickland, had been in office for 116 weeks:

If you include the end date, it would be exactly 117 weeks.

On the date of the guilty verdict, Mayor Jim Strickland was in his 20015th day since birth:

The murder was a span of 15 months, 4 days before the next total solar eclipse: 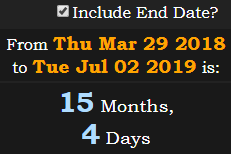 In Hebrew gematria, sacrifice sums to 347

This is the Reverse value of store clerk Anwar Ghazali

Jim Strickland is the 64th Mayor of Memphis.