Cedric Benson died in a motorcycle crash on 17/8, which was 33 weeks, 1 day after his birthday:

Cedric Myron Benson passed away at the age of thirty-six in Austin, Texas

The Mayor of Austin is Steve Adler, who took office on January 6th, a date which falls 223 days before August 17th:

Austin is the capital of Texas, where Governor Greg Abbott has an office

Abbott is currently 741 months old, and had been in office for 55 months, 8 days:

Benson died on a Saturday, which is named after Saturn

Benson was aged 1911 weeks during his death on a motorcycle

It was 1 year, 119 days before the next total solar eclipse

Cedric Benson, who died on Mount Bonnell Road, has matching gematria with Eclipse

69 is also found in the gematria of both Saturn and Benson, whose name matches motorcycle crash

The crash was on 17/8
Benson’s listed weight was 227 pounds
Governor Abbot was 2 months, 27 days before his birthday

His death was also a span of 233 days after his birthday:

Mayor Steve Adler was born on 23/3

It was 6 weeks, 4 days after this year’s total solar eclipse:

64 is also found in the date numerology:

He died 15 months, 3 weeks before the next total solar eclipse:

With the end date included, this is exactly 15 months, 4 weeks: 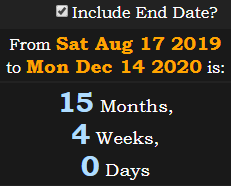 His death fell exactly 7 weeks, 3 weeks after his birthday: 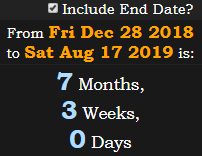 33 is a significant number of sacrifice:

He died on a motorcycle on Route 2222

Cedric Benson and Steve Adler were born a span of 9777 days apart: