The shooting occurred in Southaven, Mississippi

The name of the shooter is Martez Tarrell Abram

This is almost a perfect match with the names of his victims, Anthony Brown & Brandon Gales

His common name would be Martez Abram

Abram’s victims were 40 and 38 years old, meaning their combined age is 78

This matches the combined gematria of the victims in Reverse:

In Jewish gematria, ritual sacrifice sums to 616, matching the English value of Mississippi

The shooting fell on the 211th day of the year:

This Walmart was located in a suburb of Memphis

The Governor of Mississippi is Phil Bryant. On the date of the shooting, he had been in office for a span of exactly 90 months, 3 weeks: 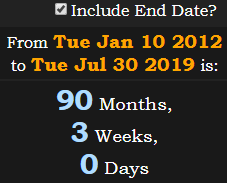 This is also a span of 7 years, 202 days. I’ve been documenting for a very long time now how the numbers 227 and 722 often appear in the tenure of a government official when a false flag occurs in their jurisdiction.

He was also 7 months, 22 days after his birthday: 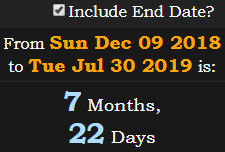 The shooting fell on the date leaving 154 days in the year:

This explains this bizarre quote from the article:

The Mayor of Southaven is Darren Musselwhite.

He took office on June 28th, 2013, giving him all sorts of Masonic numbers in his tenure: 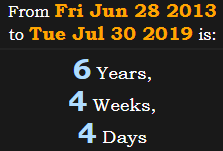 Both Southaven, MS and Mississippi have Ordinal gematria of 157

Southaven, Mississippi sums to 1740 in both primary large-number ciphers:

Southaven also has the 13 ritual code built into it.

The only witness in CNN’s article was named Carlos Odom

Not much here, but definitely worth noting – Walmart was founded on the date July 2nd, 1962, meaning they turned 57 on the date of this year’s total solar eclipse. The shooting fell 28 days later.

It was 503 days before the next total solar eclipse

And it was 666 days before the next total lunar eclipse:

It was also 6 months, 9 days after the most recent total lunar eclipse. “Eclipse” = 69 (Ordinal)