Fuck everything about this. 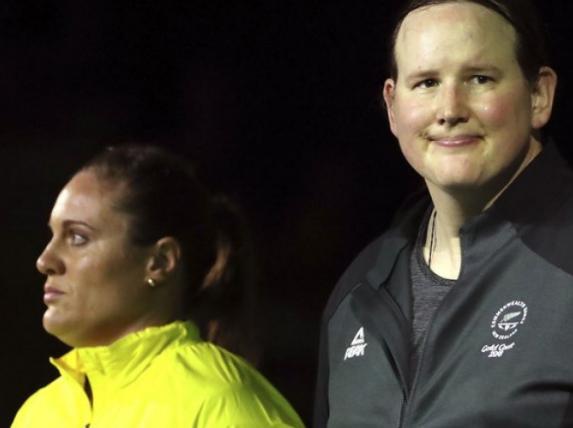 The thing on the right used to compete in weightlifting for the New Zealand national men’s team. He wasn’t all that great, so he decided to instead compete against the women, who he’s now dominating. Good job buddy. Way to take the bull by the horns and really own your own destiny.

The tranny’s name is Laurel Hubbard

Amazingly, this person is actually allowed to compete against the women in the 2020 Olympics. Think about how ridiculous this is for a minute – the mainstream media has been pushing really hard for equality in the treatment of men’s and women’s sports, despite the fact that male athletes will virtually always garner more viewers than the women. Yet at the same time, they’re allowing men to compete with women – ultimately driving women out of the same sports they’re trying to promote!

This is mindfuckery on multiple levels. My dream of removing the media’s platform to broadcast its bullshit on persists.