Today’s Google Doodle falls a span of exactly 989 weeks after Favaloro passed away:

Favaloro was a famous cardiac surgeon, a doctor who of course operates on the heart. So the fact that he died on July 29th, written 7/29, provides a little irony:

Think about how many people almost had a heart attack watching the 9/11 attacks in 2001…that day was 409 days later:

Heart attack and Favaloro have matching gematria in Reduction:

He died on a date with Standard numerology of 36

Dr. René Favaloro died at the age of seventy-seven 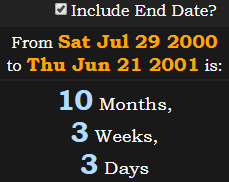 René Favaloro has overlap with sacrifice in 3 of 4 base methods:

René died 17 days after his birthday:

His full name sums to 1054 in English Extended. 154 is the Reverse value of his home nation of Argentina and ritual sacrifice in Ordinal:

Funny he refers to himself as Don Quixote in a letter:

According to his Wiki page, was a member of a lot of different “societies”:

I’m willing to bet one of those societies was Freemasonry. Remember, today would have been his 96th birthday.

Ninety-six and Favaloro both share gematria with Saturn, the keeper of time: