Disney actor Cameron Boyce is reported to have died on July 6th, written 7/6

Boyce was a star of the Disney show Jessie, which aired its final episode in 2015 on the date leaving 76 days in the year:

He died exactly 3 years, 8 months, 3 weeks after that finale: 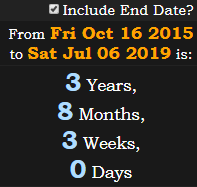 The date Boyce died can also be written 6/7

His cause of death has 6767 gematria:

Jesus is the son of God. The Sun is 93 million miles away. The show “Jessie” first aired on September 30th, written 9/30. Boyce died 93 months later: 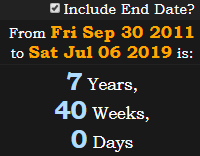 In the Prime numbers cipher, Cameron Boyce sums to 373

Boyce’s date of birth had numerology of 151 and 43

He had a Life Lesson number of 61

His last name has 888 gematria using Square numbers, which is the Greek Isopsephy of Jesus 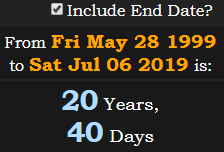 The crucifixion of Jesus Christ occurred during an eclipse

Cameron also has overlap with Christ in Jewish gematria:

His Ordinal gematria points us to the eclipse crucifixion code

Boyce starred alongside Adam Sandler in the movie “Grown Ups”, prompting a Tweet expressing his condolences.

Notice how Sandler is 52 years old. This death occurred on a date with Full numerology of 52

Adam Sandler has a really interesting birthday. He was born on September 9th, 1966, written 9/9/66, which contains the number 99 both regularly and upside-down.

Boyce died on a date with Reduced numerology of 23