This story is particularly notable because McCallum foreshadowed his own death with a quote from the Netflix series After Life in this Tweet posted the same day he died:

Professional wrestling champion Lionheart passed away on Juneteenth Day at the age of 13333 days:

It was 13 days before this year’s total solar eclipse:

McCallum’s date of birth had Full numerology of 130 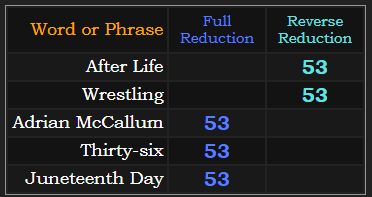 Juneteenth celebrates the abolition of slavery

This is the Reverse value of sacrifice

As for the 46 Reduction value of Sacrifice, this is also the Hebrew numbers for kill and murder

Because Adrian McCallum and Chris Jericho have the same gematria, their full ring names both sum to 227. This is particularly interesting because McCallum started his own wrestling promotion called Pro Wrestling Elite

This is the same number found in the name of the Sacramento police officer who was killed on the same date. Perhaps it has something to do with the fact that June 19th was 13 days before the next total eclipse.

ICW was established in Scotland. It’s the Scottish Rite of Freemasonry running our mainstream media. 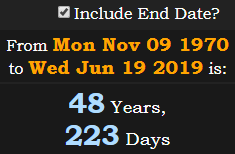