This headline has Jewish gematria of 3333

The date of the incident had a Life Lesson number of 37, matching the Reduction value of Sacramento and Rookie

The bodycam footage linked by the Fox News article is 2:11 in length.

The city of Sacramento, California was incorporated on the date February 27th, written 2/27, an extremely-significant Masonic number.

227 is the Ordinal value of Officer Tara O’Sullivan

The Mayor of Sacramento is Darrell Steinberg. On the date of this officer’s murder, he was in office for a span of exactly 2 years, 27 weeks: 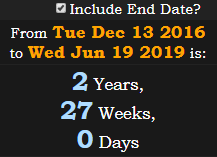 Fittingly, the city of Sacramento is 169 years old, lining up with the gematria of its Mayor. June 19th was a span of 113 days after the city’s anniversary: 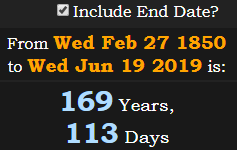 Mayor Steinberg was in his last day of being 3113 weeks old:

113 is the number of deception. This story about an officer dying in a back yard falls was 1 year, 13 weeks after a previous story from Sacramento in which police killed a man in his own back yard.

The Governor of California, Gavin Newsom, was even 113 days before his birthday:

113 is the gematria of Scottish

It’s the Scottish Rite of Freemasonry delivering us our daily news. Scottish Rite sums to the same as Tara O’Sullivan in the alphabetic order, and in Reverse, it matches Daniel Chip, who was the officer with Tara that we got the bodycam footage from.

For some reason, they used the term “non-survivable” to describe one of her wounds:

In Ordinal, Sacramento, California sums to 197

Police were criticized for taking 45 minutes to rescue O’Sullivan:

Converting to months, the two stories from Sacramento about police shootings in a suspects’ back yard fell 1 year, 51 days apart:

Converting to years, we find these stories were separated by 1 year, 93 days:

The date of this shooting, resulting in the execution of officer O’Sullivan also had numerology of 44 and 64

These are the Ordinal and Reverse values of the word kill

These numbers line up with the gematria of Sacramento

Sacramento begins with the same four letters as the word sacrifice. They share gematria too:

This officer died on the 170th day of the year:

Ritual human sacrifice has that special 911 gematria in the Satanic cipher.

Without the end date, Mayor Steinberg was 118 days before his birthday:

The phrase Metonic cycle sums to 1108

This incident fell a span of 668 days after the most recent total solar eclipse:

The Metonic cycle is a period of 19 years that syncs up with 254 sidereal months.