On the date the Golden Gate Bridge opened, San Francisco had been incorporated for 4545 weeks:

On that same date, California Governor Gavin Newsom will have been in office for 30 weeks, 6 days, and will be a span of 306 days after his birthday:

The Golden Gate is the galactic center, located at the 266th degree of the ecliptic.

San Francisco’s Mayor at the time was Angelo Rossi

The Golden Gate Bridge opened on the date leaving 218 days in the year:

It opened 38 days after construction was completed:

The Bridge was opened on a date with 88 and 52 numerology:

On August 11th, 2019, the Golden Gate Bridge will be in its 30027th day since it opened, and San Francisco will be 3 months, 27 days after the date it was incorporated:

Notice the 130 in Single Reduction. San Francisco’s Mayor, London Breed, will have been in office for exactly 13 months:

August 11th will be a span of 103 weeks after the Great American Eclipse: 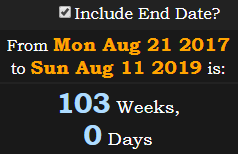 Measuring from the most recent total solar eclipse to the bridge’s opening was 11 months, 8 days:

August 11th, which can be written 11/8, falls 118 days after San Francisco’s incorporation date:

It will be a span of 1 year, 18 weeks before the next total solar eclipse: 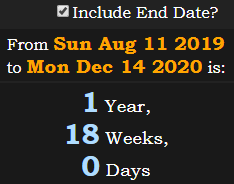 London Bridge is Falling Down was a nursery rhyme published in 1744. This means it will be 275 years old this year. The Golden Gate Bridge opened on the 27th of May, or 27/5.