Ortiz was 162 days before his 44th birthday:

On the date he was “shot”, Ortiz was exactly 29 weeks, 0 days after his birthday:

Ortiz is best-known for his time on the Boston Red Sox, whom he led to 3 World Series championships. Both Boston and Red Sox have overlap with Christ

Notice how all these phrases sum to 32 in Reduction. This is central to the riddle. 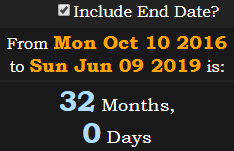 It was exactly 32 weeks after the Red Sox won the World Series:

And it was 3 months, 2 days before this year’s total solar eclipse:

The gematria of June ninth aligns nicely with Ortiz’s name.

Ortiz’s name has overlap with Jesus in Reverse:

The name of the shooter also sums to 2243

He was riding a Bajaj Platina motorcycle.

He was shot 224 days after the Red Sox won the World Series:

Something is very clearly being coded for August 11th this year. The number 811 has shown up everywhere. In the section above, I mention how Ortiz’s name sums to 1811 just like his 18/11 birthday.

The President of the Dominican Republic is Danilo Medina. On the date of this shooting, he was exactly 811 months old: 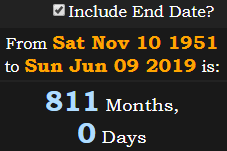 8/11 is the 223rd day of the year, matching Medina’s Reverse gematria:

The shooting was 2 months, 2 days before August 11th:

President Danilo Medina was exactly 22 weeks before his birthday:

22 is the value of both Boston and D.R., the initials for the Dominican Republic.

The ultimate eclipse number is 1331