Today has Full numerology of 73

The shooting began at a plumbing company

Vido would later shoot and injure a sheriff’s deputy

Today also has a Life Lesson number of 46

It’s also 4 weeks, 6 days before the next total solar eclipse:

May 29th is a span of 1 year, 9 months, 9 days after the most recent total solar eclipse: 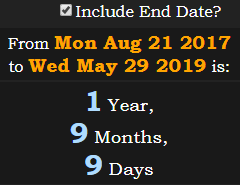 Notice how the article was last updated at 11:06 am.

These numbers are also found in false flag, which also shares gematria with both Cleveland and Cleveland, Texas

The name of the suspect also sums to 44 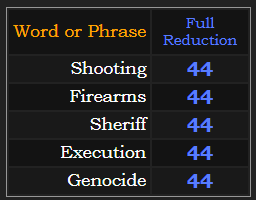 The shooting was in Houston, Texas, which also has matching gematria with the shooter:

The Mayor of Houston Texas is Sylvester Turner

The shooting occurred on a date with 53 numerology:

Mayor Sylvester Turner has Ordinal values of 313 and 227

The state of Texas was admitted to the Union exactly 2081 months before the shooting:

Texas’s Governor, Greg Abbott, is 28 weeks, 1 day before his birthday…