This story of a college student dying occurred the same day another recently-graduated student passed away during the Cleveland Marathon. Just as that story was related to total solar eclipses, so is this one.

The 2017 Great American total solar eclipse entered the United States in Oregon, the location of this story: 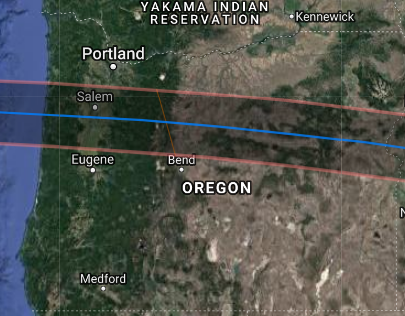 As I commonly discuss, the ultimate solar eclipse number is 1331. This story is about a student from Oregon State University dying from a fall

The school’s nickname is the Beavers

In the New Testament, Jesus Christ was crucified under a solar eclipse.

Casey was born on Christmas Eve:

Her death fell on a date with Standard numerology of 43

The rescue team arrived at 10:51, but were unable to save the girl, whose death fell 146 days after her birthday:

Jesus was 33 when he was crucified under an eclipse

Oregon was the 33rd state admitted to the Union

The victim, who died at Neahkahnie Mountain, was a major in kinesiology

The woman’s name is Michelle Casey. Both names have matching gematria with solar eclipse.

Casey died a span of 272 days after the anniversary of this eclipse:

The news of Michelle’s passing was not made public until May 22nd, which was 21 months, 1 day after the eclipse: