This death in Cleveland occurred the same day the Cleveland Cavaliers hired a new assistant head coach in J.B. Bickerstaff. The two stories are connected. Bickerstaff will be coaching for the NBA’s Cavaliers, while Taylor Ceepo just recently graduated from Walsh University, whose nickname is also the Cavaliers.

There are also a large number of numerical connections. Bickerstaff’s full name has matching gematria with Marathon

The 189 in Ordinal is also interesting. This is the sum of the standard gematria values of Taylor Ceepo – 135+54

Bickerstaff was hired as the assistant coach, which has matching gematria with the Ordinal value of both of Taylor’s names

Taylor’s death fell 44 days before the next total solar eclipse:

Measuring instead to the most recent total solar eclipse, we find it was a span of exactly 91 weeks: 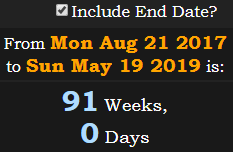 Notice how these numbers distinctly match the date numerology and the gematria of Cavaliers, marathon, and Walsh

A couple articles mentioned a friend’s quote, who said she was extremely fit

Her death was a span of 6 weeks, 3 days before the next total solar eclipse: 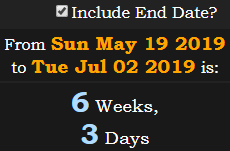 The woman who passed away is named Taylor Ceepo. Both Ceepo and Assistant Head Coach have gematria of 19 in Reverse Reduction.

Bickerstaff was fired from his last job as Grizzlies head coach 1 month, 9 days before the Cavaliers hired him.
Ceepo graduated as a Cavalier from Walsh University this year, ’19

She died  in ’19, on the 19th day of the month, during the Cleveland, Ohio Marathon

And check out what number she wore for her college soccer team, as shown in the image being used in the mainstream media: 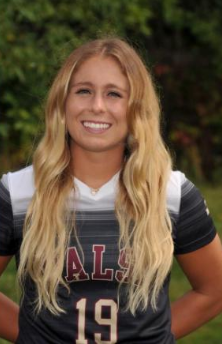 The number 19 is a significant one in this study. It’s the number of years in the Moon‘s Metonic cycle, perhaps the most important cycle of time

CNN and other outlets even mentioned that 60-70 people received medical treatment during the marathon:

Ceepo, who shares 44 gematria with kill, died 44 days before the next total eclipse.

Ceepo was a fresh graduate of Walsh University, which is 59 years old:

She died in the city of of Cleveland, which was exactly 9559 weeks old:

In the Ordinal methods, Metonic cycle sums to 127 and 197

Cleveland Cavaliers Assistant Head Coach J.B. Bickerstaff was born on 3/10 in the year ’79

In mythology, the keeper of time is the planet Saturn

The Sun is said to be 93 million miles away. In the English Kabbalah, circles and time sum to 93

Taylor Ceepo was from Media, Ohio

She passed away during the Cleveland Marathon

She had previously graduated from St. Vincent-St. Mary High School