The victim’s name in this story is Muhlaysia

The death occurred on a date with Full numerology of 62

Muhlaysia was the victim of a hate crime in Dallas, Texas

Instead measuring from the most recent total solar eclipse, we find the murder was 20 months, 27 days later:

May 18th is the date leaving 227 days on the Gregorian calendar, syncing up with the name of the victim:

The same person who was murdered in this story had been beaten up in a hate crime just a month earlier. These events were 36 days apart:

Is this story just a hoax? CNN’s headline gives us that special 317 gematria:

The name Booker sums to 33, one of our primary ritual / hoax codes:

This death occurred 33 days after the arrest of Edward Thomas, who beat Muhlaysia up in a parking lot last month:

I was hoping to keep this post short, but these alignments are too perfect to ignore. The Mayor of Dallas is Mike Rawlings. The Governor of Texas is Greg Abbott.

Rawlings was 325 days after the anniversary of the date he took office, and 14 weeks, 1 day before his birthday:

Of course, the name Muhlaysia is a lot like Malaysia. Worth pointing out that the nation of Malaysia was exactly 3220 weeks old on the date of this murder: 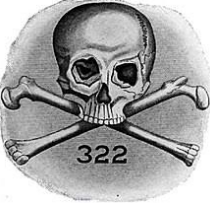