The famous founder of KFC, Colonel Sanders, passed away exactly 2002 weeks, 2 days ago:

To celebrate the alignment, Congressman Stephen Ira Cohen ate KFC during a hearing. His full name has the same gematria as the Colonel’s full name: 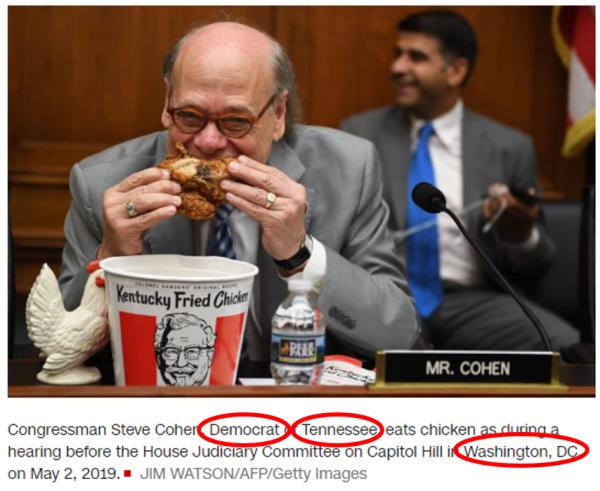 A Democrat from Tennessee eating KFC in Washington, D.C.? These all have Ordinal gematria of 137

Today is 137 days after the 38th anniversary of the death of Colonel Sanders:

The congressman in the photo above is Steve Cohen, who is 119 days into his 13th year in office:

Congressman Cohen has a Life Lesson number of 52, syncing up with today’s date, written 5/2

Cohen has Full birth numerology of 97

Steve Cohen’s full name sums to 160, lining up with KFC

KFC is famous for its 11 herbs and spices.

The “chicken” in this story is William Barr, who has been in office for exactly 11 weeks:

Names of UNCC Victims Released
Dreaming By the Numbers