In my post linked above, I talked about how this ritual revolved around the number 227.

Their spacewalk was scheduled for March 29th
March 29th is 4 months, 9 days after the ISS’s launch date:

In an unfortunate development for feminism, Anne McClain had to cancel because her spacesuit was not the right size. Kind of ironic that clothing is the reason a man had to step in and take her place, isn’t it?

Anyway, she was placed by Nick Hague, who was hilariously 2270 weeks old:

He was also a span of 187 days after his birthday:

Hague, who is in his 44th year since birth, is 44 months (or 193 weeks) older than Anne McClain, whom he replaced in space:

While Hague was in outer space on his walk, a UFO appeared 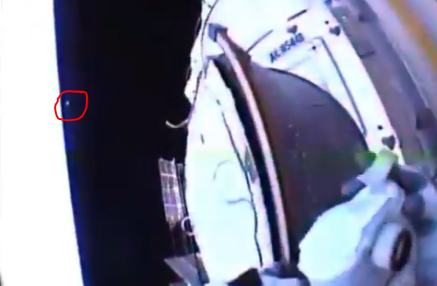 113 is the number of dishonesty. Notice how “FRENZY” is also in all caps.

She was replaced by 43-year-old Nick Hague

Metonic cycle sums to 127 in Ordinal:

Hague was born on a date with Full numerology of 127

His birthday falls a span of 1 month, 27 days after NASA’s date of formation: 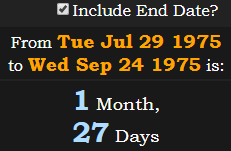 When the ISS was launched, Hague was 1 month, 27 days after his birthday:

His spacewalk was performed alongside Christina Koch. His birthday falls 127 days before Koch’s:

When combined, their names sum to 127

Their full names sum to 171

NASA was 17 years, 1 month old when Hague was born: