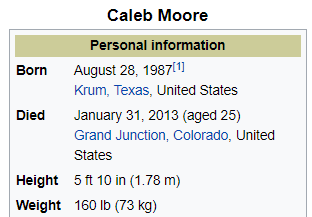 Caleb Moore died from injuries sustained in a snowmobile accident at the Winter XGames 6 years ago. I will be tapping into the base gematria of all three of the following:

The only death to ever occur from an injury at the XGames was at the Winter event held in Aspen, Colorado in 2013

Video of the accident

He died exactly 2 years, 1 month, 3 weeks before the next total solar eclipse: 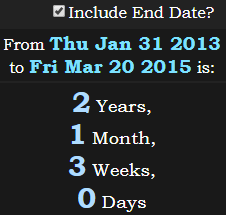 Caleb Moore’s accident fell on a date with 38 numerology:

He died 7 days later, on another date with 38 numerology:

His injuries were sustained as the result of an attempted backflip

He died 2 months, 18 days after the most recent total solar eclipse:

Caleb Moore was a snowmobile rider

He was from Krum, TX and died due to injuries sustained in Aspen

The accident occurred at the 17th Winter XGames. He died exactly 6 months, 4 weeks before his birthday:

His crash was exactly 4 months, 4 days after his birthday: 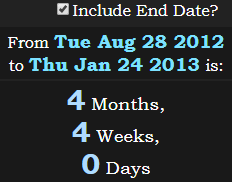 He was participating in the Snowmobile Freestyle competition:

89 is the 11th Fibonacci number
He died on a date with 11 numerology:

His accident was on the 24th day of the year:

He died from a snowmobile accident at Winter X Games Seventeen

The word snowmobile on its own sums to 127

His crash fell a span of exactly 31 weeks (or 217 days) before his birthday: 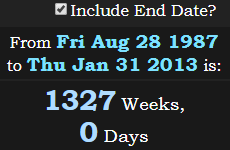 He died in Grand Junction, Colorado on the date that leaves 334 days in the year: