Amberly Barnett, who was murdered by a 33-year-old, also has overlapping gematria with the Hebrew values of eclipse

In addition to Alabama summing to 31, the city from which Barnett disappeared, Mount Vernon, sits on the 31st parallel:

The current Governor of Alabama is Kay Ivey.

The name of the murderer sums to 2063

The 2017 Great American Eclipse was the first coast-to-coast total eclipse in the U.S. in 99 years. Kay Ivey assumed office a span of exactly 99 weeks ago: 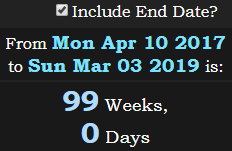 The next total solar eclipse is in 121 days:

Amberly and Alabama both sum to 31

Governor Kay Ivey was born in the year ’44