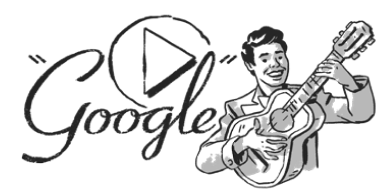 Note the double gematria of 332

The name Desi sums to 37 in the alphabetic order:

37 is the 12th Prime number
Desi Arnaz would be 102 years old today
Lucille Ball died 102 days before her birthday:

The name Desi Arnaz sums to 730 in Jewish / Latin gematria:

Arnaz died a span of 211 days after the anniversary of I Love Lucy’s final episode:

His death was exactly 32 years, 90 days before this Google Doodle:

Arnaz died on a date with Full numerology of 119

It was a span of 119 days after Lucille Ball’s birthday:

Their production company was named Desilu

The name Lucy Ball sums to 666

The show’s final episode aired on 5/6
The 56th Prime number is 263
There was another total lunar eclipse 26 weeks, 3 days later:

I Love Lucy debuted a span of 13 months, 4 days after the most recent total solar eclipse and a span of 134 days before the next one:

It was also exactly 55 weeks after the eclipse, which fell on a date with Full numerology of 127

His death also fell a span of 1 year, 108 days before the next total solar eclipse: 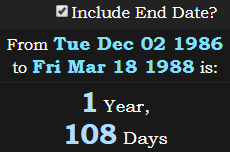 What’s REALLY interesting about these measurements, however? The exact same numbers appear when we measure from the debut of I Love Lucy to the most recent lunar eclipse:

He died 46 days after the most recent total lunar eclipse: