Anthony Weiner is a Jewish / Zionist government agent actively participating in a psychological operation against the American people. The narrative is easy to see: in a world where using a potentially racist or misogynistic word in a Tweet from 10 years ago can cost you your job, even if you had since apologized, it’s perfectly normal for a guy like Anthony Weiner to run for Mayor of New York City, even after proving he was unfaithful to his wife and could not even be trusted with running a family, let alone one of the most populated cities on the planet.

This is all part of the greater agenda to make sexual deviancy appear to be perfectly normal while relatively harmless mistakes – like uttering “coon” instead of “King” – have lifelong consequences. If the New World Order has its way, we’ll all be blowing transgendered unicorns in unisex bathrooms by 2030.

Don’t believe that sexual deviancy and a destruction of the family is the goal? Watch this unbelievable TED talk from this past year (if you can stomach it). If you don’t think it’s incredibly messed up that people are promoting pedophilia as a mental disorder instead of a crime, then please, stop reading and go kill yourself. Now.

Anthony Weiner is known for his sexting scandals – Wiki link

His full name is Anthony David Weiner, which makes his September 4th, or 9/4 birthday interesting:

Weiner first got in trouble when he sent dick pics to one of his Twitter followers on May 27th, 2011.

Both Weiner and Masonic sum to 38 in Single Reduction:

This date was a span of exactly 38 weeks after his birthday and 3 months, 8 days before his next: 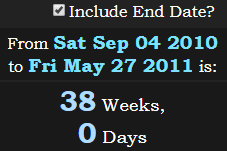 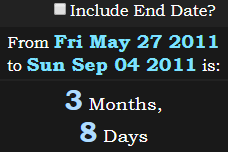 Just to hammer it home, he was also exactly 2,438 weeks old:

After getting caught in his lies about sexting, he announced his resignation from Congress on June 16th, 2011.

His replacement election was held on September 13th, which can be written 13/9

His formal resignation was five days after he announced it, on a date with Full numerology of 58

That same day was 10 weeks, 5 days before his 47th birthday:

He used the alias Carlos Danger

The woman’s name in this case was Sydney Leathers

The saga never ends with this guy. He was again found to have been sexting in 2016:

This date did not have 63 Full numerology…this time, it was 72

He was sentenced to prison on November 6th of 2017, which was 63 days after his birthday:

There’s a few more incidents after that, but for the sake of brevity, I’ll finish with his release from prison. He was originally scheduled to be released on May 14th, or 5/14. That’s Israel’s birthday. Remember, gematria is mostly a Jewish practice.

Instead, he was released from prison 5 months, 14 days after his birthday: 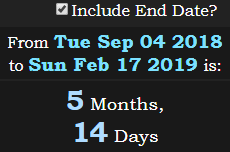 February 17th had the same numerology as the date he resigned from Congress: