Lee Radziwill was the younger sister of Jackie Kennedy

Radziwill died 137 days before the next total eclipse

She died a span of exactly 1880 days before the next Great American total eclipse in 2024:

Radziwill’s birthday had Standard numerology of 39

She died a span of exactly 39 weeks after the anniversary of her sister Jackie‘s death: 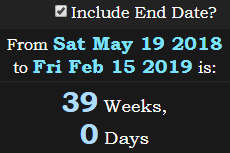 It was also the 9039th day since Jackie died:

Jackie’s name at birth was Jackie Bouvier
Check out how each number in the base ciphers were attributed:

Her birthday had a Life Lesson number of 22

She died a span of 17 days before her birthday:

Lee Radziwill died at 85 years old, 85 days after the anniversary of the JFK assassination:

She would have been 86 next month.

The Bavarian Illuminati began with 13 families.

Freemasonry was founded by the numbers of total solar eclipses.

She died on the date leaving 319 days in the year:

The date also had 29 numerology:

She died a span of 350 days after her birthday: