Massachusetts became the sixth state on the 37th day of the year:

The Governor at the time was the first to hold the position. His name was John Hancock

Massachusetts’ date of statehood was a span of 8 months, 8 days after Hancock had begun his second term in office: 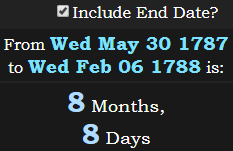 Massachusetts was the sixth state admitted to the Union:

This was also a span of 26 days after Hancock’s birthday:

The word six in reduction sums to 16

Massachusetts was founded on a date with Standard numerology of 96

This is the Hebrew gematria of Levanah, one of the words for “Moon”:

It was 1103 days after the end of John Hancock’s first term as Governor ended:

The more common word for The Moon in Hebrew is Yareach

In that same method, Moon sums to 21

Hancock’s first and second terms are separated by 2 years, 121 days:

In English, Moon sums to 57

The Moon has a 57-degree range across the ecliptic.

Hancock has alternate birth numerology of 57

The Moon’s most significant cycle is the Metonic cycle, which is a period of 19 years. On the date Massachusetts became a state, Hancock was in his 19,019th day since birth:

This is the Hebrew gematria of Moon

When Hancock first took office, he was 2 months, 18 days before his birthday:

The first and last day of Hancock’s first term both had 51 numerology:

His second term began when he was 51 years old:

This is the Reverse gematria of Moon

The first day of his second term was on the 150th day of the year:

The number eleven has matching gematria with The Moon 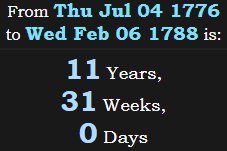 The first day of his second term was 10 years, 331 days after Independence Day: 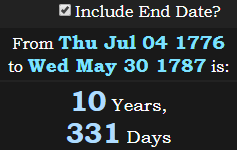 The final day of Hancock’s first term was 3131 days after Independence Day:

That same date had Reduced numerology of 33

It also had Standard numerology of 115 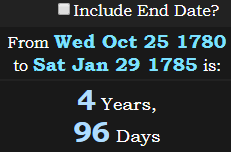 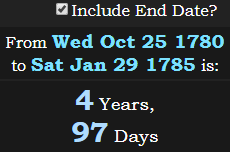