Connecticut has overlapping gematria with Metonic cycle in multiple base methods:

Connecticut’s first governor, Jonathan Trumbull, was born in Lebanon, Connecticut, where he ultimately passed away as well.

Because of the Metonic cycle, we often get a solar eclipse exactly 19 years after a previous one.

The number 127, which is the Ordinal gematria of both Connecticut and Metonic cycle, sums to 280 in the alphabetic order. That’s the same as the Hebrew value for total solar eclipse.

In English, total solar eclipse has a numerical value of 202, just like Jonathan Trumbull

Trumbull died on a date with Full numerology of 127

Trumbull Jr. assumed the role on another date with 127 numerology: 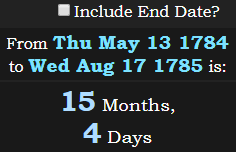 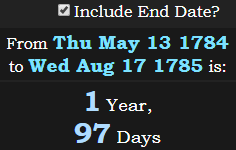 His term in office lasted a span of 7 years, 31 weeks: 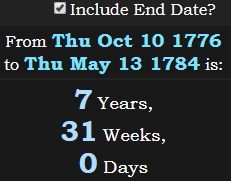 Trumbull Jr. assumed office when he was a span of exactly 3010 weeks old:

So did the date Trumbull Jr. took office, where he stayed for 11 years:

His last day in office had Full numerology of 119

On the date Connecticut was admitted to the Union, Governor Trumbull would have been 4030 weeks, 3 days old:

Trumbull was born in 1710. Connecticut was the first state from New England to be admitted to the Union.

Jonathan sums to 83, a number related to eclipses in Hebrew: