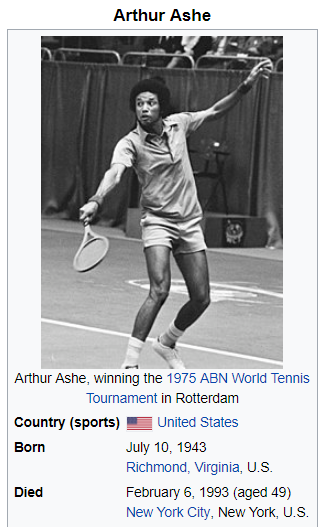 This past week, the second of two police officers in Milwaukee, Wisconsin was murdered on February 6th, exactly 26 years later:

It was 20 weeks, 6 days before the next total solar eclipse:

Milwaukee was incorporated on January 31st:

These dates are a span of 206 days apart:

Including the end date, the officer in Milwaukee died 26 years, 1 day after Arthur Ashe:

261 is  the Reverse gematria of his full name and Milwaukee, Wisconsin

Milwaukee turned 147 years old just a week before the second officer was murdered this past week:

Ashe’s death in New York was due to AIDS

Ashe was a famous tennis player