New Jersey was the third state admitted to the Union on December 18th, 1787, a date with a Life Lesson number of 35

The first Governor of New Jersey was William Livingston

The numerology of New Jersey is heavily-associated with Saturn. First, consider the date it was established, December 18th, which is during Saturnalia.

New Jersey has a Reverse value of 119

This is a special number, associated with Saturn, the All-seeing eye 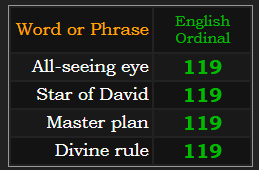 William Livingston was born in 1723.

Saturn falls into direct conjunction with the Sun every 54 weeks. Livingston’s birthday has a Life Lesson number of 54

Saturn is known as the keeper of Time

The name William Livingston sums to 2054 in Jewish gematria:

Livingston assumed office on August 31st, 1776. This was 9 months, 1 day after his birthday and 91 days before his birthday:

Livingston died a span of 31 months, 8 days after New Jersey became a state: 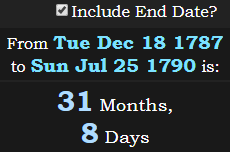 His death was also 220 days after New Jersey’s 2nd anniversary: 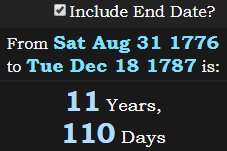 Livingston’s death fell a span of exactly 34 weeks after his birthday: 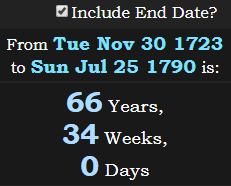 The 34th Prime number is 139, matching the Full numerology of the date he died: