A second Milwaukee Police Officer has been killed in the last 7 months. Read about the incident from July in my post from the following day.

The first officer died in late July on the 206th day of the year:

This second officer has now died on the date February 6th, or 2/06

If we instead measure to the most recent total solar eclipse, we get a span of 17 months, 17 days. Both men were 17-year veterans of the force.

This number is also attributed in CNN’s headline:

This story first came to my attention this afternoon, when I came across this press release from the MPD: 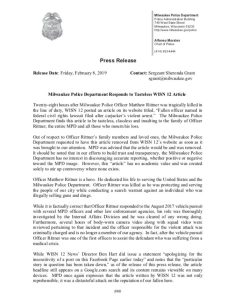 Notice how the document leads off by mentioning twenty-eight hours. This was released on February 8th, written 2/8.

Michalski was killed on 28th Street, serving a warrant that was 2 months, 8 days old.

Below, you will see how these murders appear to be a tribute in relation to Milwaukee’s new Police Chief, Alfonso Morales.

Twenty-eight has the same gematria as Thirty-three

Both murderers have matching gematria with thirty-three as well:

Their last names both sum to the same as murder in both Reduction methods:

Amazingly, adding the names of the two slain officers yields 330 and 480 – just like 33 and 48, which is the gematria of the department they worked for, MPD

We know the number 33 is significant for its relation to Masonry, where the 33rd degree is said to be the highest.

The capital G in Freemasonry’s emblem has Bacon gematria of 33, and also 13 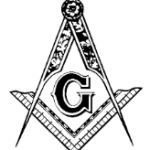 The name of the murderer this time, Jordan P. Fricke, sums to 130

The compass on the Masonic emblem above is set to 47 degrees:

Matthew Rittner was killed on a date with 47 numerology:

The mathematics of the circle are resolved with pi, which is 3.14

In February of 2018, Milwaukee swore in a new Chief of Police, Alfonso Morales

The first officer died on 25/7

The second one died on the 37th day of the year

The first officer, Michael Michalski, died on a date with Full numerology of 70

It was exactly 160 days after Morales took office:

The only number he does not share with Scottish Rite is 159, but Officer Michalski died on the date leaving 159 days in the year:

When Matthew Rittner died, it was a span of exactly 51 weeks (or 357 days) into Morales’s term: 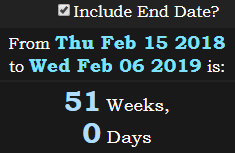 Both victims also have gematric overlap with Freemasonry