In this post, I will explain how the story of Jayme Closs appears to be a tribute to the new Governor of Wisconsin, Tony Evers, who was just sworn in to office this week.

Tony Evers was born on November 5th, written 11/5 or 5/11
The Governor of Wisconsin at the time of Closs’s disappearance was Scott Walker, who is 51 years, 10 weeks old on today’s date: 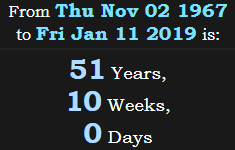 46 is a number commonly-coded into stories about death and killing.

Tony Evers is the 46th Governor of Wisconsin

On the date Jayme Closs went missing, former Governor Scott Walker had been in office for exactly 406 weeks:

Jayme was kidnapped from her home in Barron, WI, whose Mayor is named Rod Fladten

Closs’s mother Denise was 46 years old when she was killed.

See the section at the bottom regarding the story of Kyle Jaenke, who allegedly stole underwear from the missing girl’s home.

The words kidnapped and kill also sum to 44

The Closs family was from Barron, Wisconsin. The parents worked at Hormel

On the date Jayme Closs was found, Tony Evers was exactly 67 days after his 67th birthday:

Jayme Closs was missing for 88 days:

The man arrested for the murders is from Gordon, WI

Today’s date has numerology of 15 and 51

Tony Evers was born in the year ’51. Today also has a Life Lesson number of 24

The man arrested for the murders is named Jake Thomas Patterson from Gordon, WI

It’s interesting the victim’s family name is Closs, in light of the fact that she was missing over the holiday season.

Anything that sums to 111 in Ordinal or Reverse Ordinal also sums to 666 in the associated Sumerian cipher. I bring this up because 666 is a number connected to Jesus Christ.

It’s been 72 weeks, 4 days since the most recent total solar eclipse:

In my original post, I mentioned how the Mayor of Barron, where Jayme Closs was from, was elected on April 3rd, the date written 4/3

This story was published back on October 30th, written 10/30
In numerology, this represents the number 13
The man accused of stealing her underwear was named Kyle Jaenke

Rather comically, the name Jaenke matches the city in which he committed the crime: