The Secretary of Defense, Jim “Mad Dog” Mattis, has announced his resignation from the President Trump administration.

Why? He’s upset over Trump’s decision to remove troops from Syria

Trump is exactly 72 years, 27 weeks old on the date Mattis decided to resign 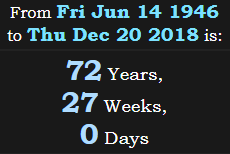 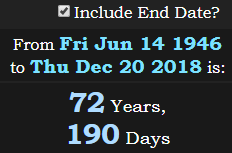 CNN is using the word quit in the headline instead of resign, even though the latter is used far more times in the article itself.

Today is exactly 23 months after both Trump and Mattis took office:

This was also 103 days after his birthday:

The capital G is at the center of the Freemasonic emblem, which has a compass set to 47 degrees:

Mattis resigned 47 days before February 5th, the next date written 2/05

This is Trump and Mattis’s 700th day in office together:

The highest known degree of Freemasonry is the 33rd

Mattis was a Marine

His resignation falls on a date with Standard numerology of 50

The mark of the Beast is the circle
“The Beast” = three circles:

666 is the number of the Beast

31 is the 11th Prime number
Today is the date that leaves 11 days in the year:

The 11th Fibonacci number is 89

In the Reverse order, his full name sums to 254

We can extract one date from this number – 25/4, or April 25th. Today is exactly 18 weeks before that date:

He was born on September 8th, the date leaving 114 days in the year: