Another young death of a famous person with Jesus in their name. This woman was born in the year ’74

In Satanic Gematria, the word kill sums to 184

In my work, I’ve been pretty consistent in pointing out that when it comes to full names, the gematria of foreign or accented characters removed from the equation tends to be more significant. With common names, it seems as if the accents don’t matter as much. 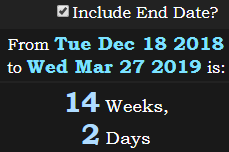 Measuring the other way around, we find it’s been exactly 38 weeks since the most recent 27/3

She died 38 days after the 13th anniversary of her retirement:

Not including the end date, this is 119 days:

Rosa Reina was born on the date June 20th, written 20/6
She died a span of exactly 26 weeks after her most recent birthday: 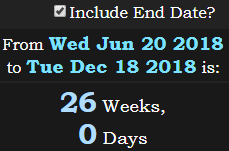 She died 6 months, 2 days before her next birthday:

Rosa Reina died during the time of Saturnalia, a holiday celebrated by ritual sacrifice

The number 477 continues to pop up.