This accident was on the 303rd day of the year:

Looks like another story designed to tug at your heart strings. First of all, the source should be more concrete than “cops say”. In most of my interactions with police, they have knowingly and blatantly lied to me about something. How would the police know the girl shielded the twin boys anyway?

Nevermind these normal questions…let’s look at the numbers. For startes, it’s said 3 children died, and 3 is a soft hoax code.

The incident occurred in Rochester, Indiana on a date with a life lesson number of 51

This matches the Reduction gematria of the three victims she killed:

13 is the primary hoax / ritual code.

Whether you abbreviate it or not, Rochester, Indiana has gematria of 163

A fourth boy who survived was hit in the incident. His name is Maverik Lowe

38 is associated with death

The Governor of Indiana is Eric Holcomb. He assumed office on January 9th of last year, which was exactly 1 year, 42 weeks before the crash: 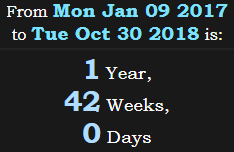 Bus Plunges Off Bridge in Chongqing, China
The Death of Freddie Mercury (1991)