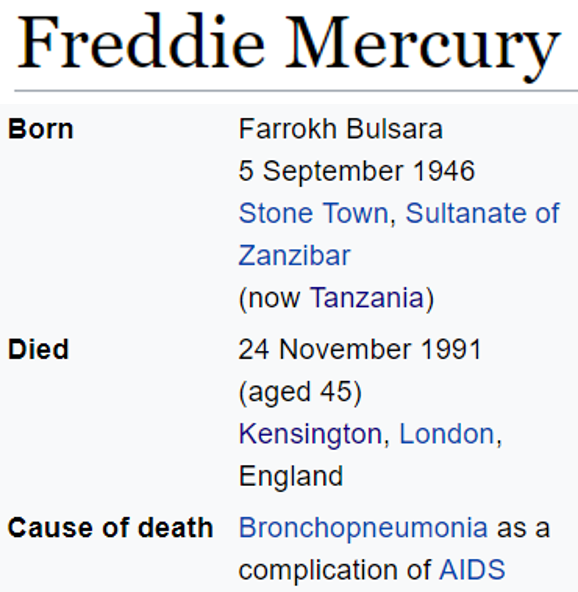 His birth name sums to 227 in the Reverse order.

227 is a number I commonly talk about. It’s related to the eclipse crucifixion code

AIDS‘ full name has this value in Chaldean:

Freddie wound up contracting HIV, which led to his death.

The name Bulsara on its own sums to 74, a number found in the Jewish Reduction gematria of Freddie Mercury

The Gospels suggest Jesus may have been crucified under a solar eclipse.

He was crucified at age 33

The word Rockstar sums to 33, as does Mercury in Jewish Reduction. 33 is a number stamped all over gay people and the AIDS virus.

The word eclipse also sums to 33 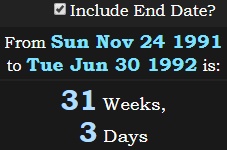 So perhaps you could say he was an eclipse sacrifice. He died in Kensington

Measuring back two total solar eclipses, we find it was 1 year, 4 months, 2 days: 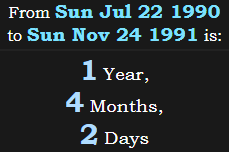 Freddie Mercury has the same value as ritual sacrifice with the S Exception:

In that method, the word sacrifice alone equals 55

In Reduction, the city and country sum to 80, matching his stage name:

He died 80 days after his birthday:

Freddie died of the AIDS Virus

Queen released one posthumous album on November 6th of 1995, which was a span of 1444 days after his death:

The 38th Prime number is 163
This syncs up with the name of the album:

Made in Heaven was Queen’s 15th and final album. It was released 116 days after the anniversary of the first:

Freddie Mercury sums to 154 in this same method, as do his names when combined in the Jewish cipher.

2:06 on a clock is 126 minutes, matching the date numerology of his death:

His real last name, Bulsara, sums to 115, like his place of birth

Combining his two names provides the same Reverse Reduction value as AIDS, as well as his official cause of death: