This is the second CNN feature article in two days about these two women who were found dead in New York. The first was published on 11/1

The articles were published 70 days after the women were last seen alive:

Now it is believed the women committed suicide

This article claiming the deaths of Rotana & Tala Farea were a suicide was published on a date with 31 and 13 numerology:

This headline sums to 308 in Reduction:

Before they drowned, they were last seen together alive in Fairfax, Virginia

Sister has double Reduction gematria of 45

The headline sums to 4545 in Jewish gematria

The Farea sisters were living in Washington 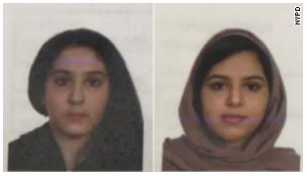 Combining their name gematria points us at the kings of fake news, the Scottish Rite of Freemasonry

One more interesting number when and is used instead: