Here’s a quick summary of how this numeric ritual played out last night.

A total of 37 points were scored in the game

Notice his birthday is March 21st, written 3/21
He beat the Oakland Raiders 32 weeks, 1 day after his birthday:

As shown above, name gematria with the nickname included continues to prove its relevance. Consider how Mullens’ full name matches San Francisco 49ers

226 has a special connection to 33 through gematria:

The game was also a span of 141 days before Mullens’ next birthday:

He first knelt a span of exactly 114 weeks before this game: 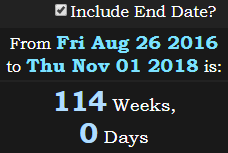