The date November 2nd is written 11/2

It was in Tallahassee, Florida

The date also had 31 & 13 numerology, syncing up with the name of the city:

The name of the shooter sums to 133 in multiple methods:

Most people are learning about this incident today, 11/3

Name of the Shooter

The name of the gunman has matching gematria with Tallahassee, Florida

Without the middle name, his name has Reverse gematria of 191

The date of the shooting was November 2nd, written internationally as 2/11

The shooting at a Hot Yoga class fell 3 months, 7 days after the birthday of Tallahassee Mayor Andrew Gillum. The shooter was from Deltona

In standard Reduction, Deltona sums to 26

Gillum had been in office for exactly 206 weeks:

Andrew Gillum’s name has several ties to Freemasonry, the gang that he serves:

He even took office on November 21st, the 325th day of the year:

Mayor Gillum visited the scene of the shooting shortly after spending time at a local synagogue to honor the victims of last week’s shooting in Pittsburgh, Pennsylvania

The Governor of Florida is Rick Scott. There’s been so many false flag incidents in Florida this year, I’ve had his full name, date of birth, and first day in office all memorized for a while.

Today is Rick Scott’s final day of his 94th month in office: 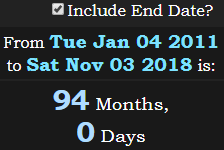 One more interesting thing about Rick Scott. On the date of the shooting, he was exactly 48 weeks after his birthday, and had been in office for 408 weeks, 4 days: 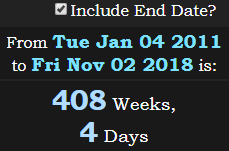 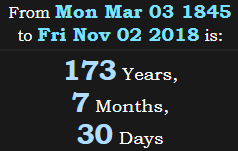 Remember how just this past week, a Lion Air flight crashed in Indonesia, which was 73 years, 73 days old?

Sacrifices were (are) performed to celebrate the Roman holiday Saturnalia