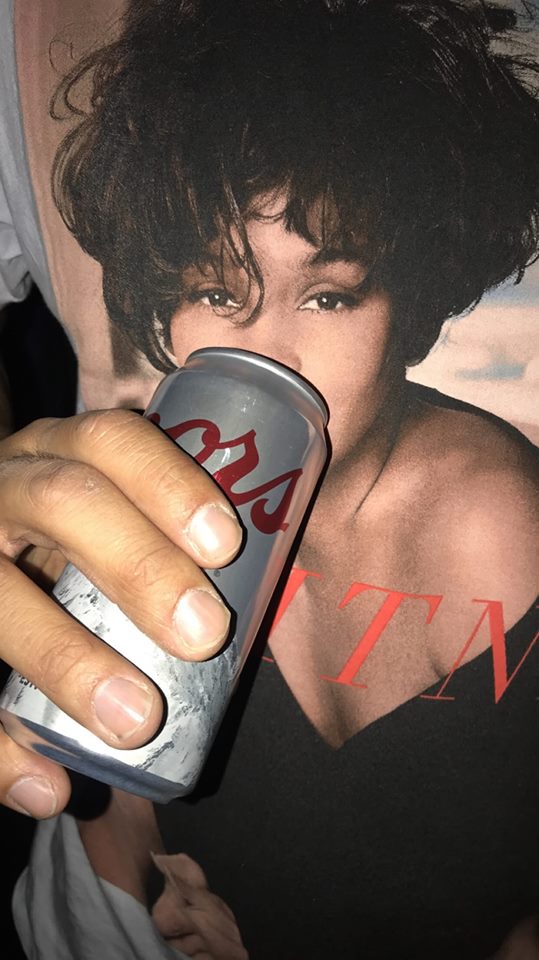 This post is going to be a little different than most. Rather than decoding a mainstream news story, a sports game, or the death of a public figure, I will be running the numerology on a hilarious synchronicity that occurred within my group of friends this weekend.

To the layman, this post is likely to soar over the head. But when I say I believe we’re tapping into something truly magical about our reality with the language of gematria, this is exactly what I mean, and I can only hope that this post may inspire others to think differently about their own life and influence how they approach their relationship with God.

To start, I must establish the backstory. I would imagine many of you who know me as the “Gematrinator” might be a little surprised to find out that as serious as I may be about my work and my message, I’m equally as goofy and fun-loving when it comes to my real-world social life. The people I’ve come to love the most and I like to enjoy ourselves, go to shows, festivals, have cookouts, take trips, do all sorts of things.

I think most of you can relate to some extent that when you’re in a close, tight-knit group of people, certain little funny things grow into running ongoing jokes that take on a life of their own. In this instance, it’s my brother’s Whitney Houston shirt. That’s right – at some point, he bought a Whitney Houston shirt and just began wearing it. I don’t know why, but my brother typically just does what he wants so I tend to leave it at that.

The real humor began when he began commenting on how badly the shirt has been misbehaving. “What?”, I commented. “She’s been smoking all our cigarettes,” he responds. He couldn’t resist showing me when I asked how exactly that works, so the next thing you know, he’s smoking a cigarette through his shirt where Whitney’s mouth is. This ended up being recorded on video and uploaded to our group’s page on social media so we could relive the utter absurdity of the moment.

Here’s another picture he posted later with the caption “My Whitney t-shirt got a little out of control last night.” 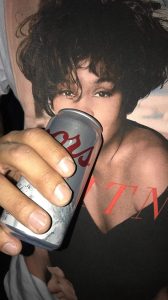 So at this point, it’s a running joke, and we’ve shared a lot of laughs many times over the idea of this ridiculous Whitney t-shirt having a life of its own. What’s Whitney gonna do next time?!

On Saturday, a bunch of us went downtown to go see Zedd, Louis the Child, and Griz. My brother shows up shortly after we arrive and whaddaya know – he’s wearing the Whitney shirt. You gotta be kidding me. A Whitney shirt to an EDM show! This is too much.

Zedd goes on stage next and begins his set, which I didn’t find myself enjoying too much (again). But a little more than halfway through, he suddenly kicks it old school and plays an 80’s dance song. Which one? I Wanna Dance With Somebody by none other than Whitney Houston. In fact, the very same song we had played at our last party.

At first, I thought to myself “Whitney Houston?! That’s right, her music is making a comeback!” Then I realized, wait a minute…no, I’ve not seen anything Whitney-related outside of our group in years. But here we were at an EDM show, which to that point has been exclusively modern, electronic dance music, and out of nowhere, Zedd plays a freaking Whitney Houston song?!

After a moment, it really set in how bizarre this was. We breathe life into this Whitney shirt by making it the subject of inside jokes, he shows up in the shirt, and the DJ busts out her music. This wound up resulting in another video of my brother using his hand to make the Whitney shirt sing her own song at the show. Yes, we really are this bizarre.

This morning, my friend and I were reminiscing on how strange that moment was. We’ve been to a fair amount of shows by now and if you had told me Whitney Houston would have been played on this night, I would have laughed and not believed you. But that really happened. Almost certainly, it was more meaningful to our group than anyone else there. It just HAD to be.

My friend has been a curious observer of my gematria work since close to the beginning, and while he finds it intriguing, he’s always been one to say that it’s probably how the universe functions, and wasn’t always on board with my “conspiracy” theory elements of it. As time has passed, I’ve found much truth to his stance, and he’s also been able to come around and see the “dark” side of it that I am exposing.

So before leaving, he mentioned how I gotta run the numbers on Whitney and my brother Dan, who has turned this silly t-shirt into our own little meme. It really didn’t even occur to me to do that, because why would I?! We just enjoyed an amazing synchronicity and shared many, many laughs over it. But once he mentioned it, I got the bug and just had to check it out. If it didn’t blow my mind, I wouldn’t have taken the time to write up this huge introduction to the numerology. So here goes…

Earlier this year, Dan told me 2 was his lucky number without knowing his gematria. He told me this 2 months, 22 days before his birthday.

In the alphabetic order, his full name sums to 167

This lines up with the Ordinal value of Zedd, who played the song.

This also happens to be the gematria of my brother Dan’s firstborn son:

In the alphabetic order, Whitney Houston sums to 216. This is, of course, a number I talk about regularly. The Torah is alleged to contain the hidden 216-letter name of God. The digits in the 216th Fibonacci number sum to 216.

My brother was born just one day after Whitney Houston turned 666 weeks old:

Whitney was born on a date with Reduced numerology of 36

It’s actually one day more than 666 weeks, so it’s not exact. Let’s look at the number of days separating their birthdays instead:

My brother’s full name shares gematria with the name of the song.

When the song was released, he was in his 4005th day since birth:

In Ordinal, 13 sums to 99, further strengthening this connection.

Whitney’s date of birth has full numerology of 99

(This is the same brother with whom I lived for 13 months, 13 days)

I posit there may be a lesson tucked underneath all this easily-relatable numerology. The date’s life lesson number was 48

He played her song 2450 days after she died:

Leicester City Owner Believed to be on Crashed Helicopter
Lion Air Flight 610 Crashes, Kills All 189 On Board